The development of the new Largs Campus reached a major milestone on Monday 18th September and the ‘Topping Out’ ceremony was a very special occasion for two local families who will now be in with the bricks at the new facility. 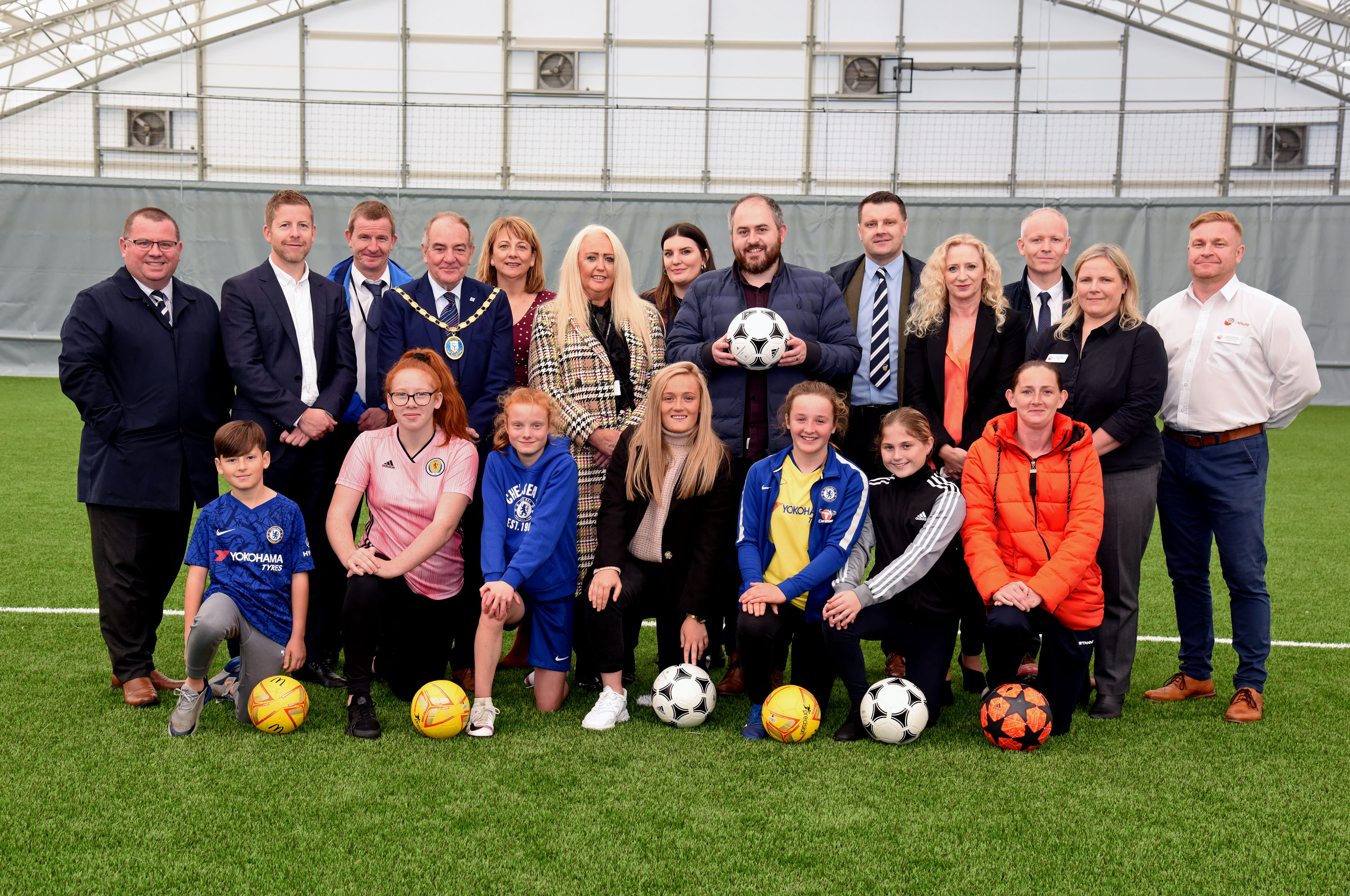 The Trotters and Wilsons won a competition to have their names engraved on bricks that will ensure they are always part of this wonderful new facility.

And the two bricks were laid in a wall on-site by North Ayrshire Provost Ian Clarkson during the ceremony.

The ‘Topping Out’ milestone celebrates the building being wind and water tight and is another exciting step as the countdown to the officially opening next year gathers pace.

The £44 million project will create a modern, fit-for-purpose facility for a relocated Largs Academy, along with a relocated St Mary's RC school, an amalgamated Brisbane and Kelburn Primary school, and new Early Learning Centre.

Work started last October and construction is on schedule and due to be completed by March 2018.

The ongoing partnership with sportscotland means the young people will also have access to some of their top-class sporting facilities.

Provost Clarkson said: “It is always an honour to be involved in such an ambitious project that is going to make a real difference to the lives of our young people.

“It was a great idea to involve the two families as this is very much a facility for the community. Now we are at the ‘topping out’ stage, we’re all really looking forward to the official opening next year.”

Councillor Jim Montgomorie, Cabinet Member for Place, said: “The Topping Out ceremony is an important milestone in the construction phase as the building approaches the stage of wind and water tightness, and the final bricks are laid in place.

“All the teams involved are working incredibly hard and it’s fantastic to see everything is on schedule. A huge well done to everyone involved in the construction process.”

Largs Campus is part of North Ayrshire Council’s biggest ever Capital Investment Programme which will see improvements for the school estate worth £140M, delivered over the next 10 years.

The Largs Campus project has been developed and delivered in partnership with hub South West Scotland with construction works undertaken by Morrison Construction Scotland .

Michael McBrearty, Chief Executive of hub South West Scotland added: “It’s fantastic to be able to invite the local community and pupils from the schools involved in this project onto the Largs Campus site, and give people the opportunity to see this innovative facility come together.

“This special event further reiterates this new development as a true community campus which will have a positive effect in the area for generations to come.”

Morrison Construction Operations Director Allan Cunningham, said: “Wea re delighted to welcome members of the Council and the local community to the campus to see how much progress we have made so far on this fantastic new school. We will be working hard with all stakeholders involved to make sure we continue our excellent progress and deliver a first-class facility for the children of the local area.”