Supported and third sector businesses operating throughout Scotland are being invited to meet up with some of the country’s biggest building contractors to explore the possibilities for joining the sector’s supply chain.

hub South West is hosting its third annual Hidden Gems supplier showcase as part of its on-going commitment to an inclusive supply chain offering opportunities to local businesses and organisations throughout the area. This year’s event is being held in partnership with hub West, the development partnership established in April 2012 covering the west of Scotland. 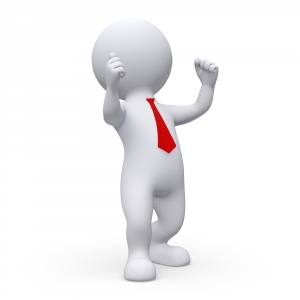 Featuring 10 organisations with the potential to sell their products and services into the sector, the supplier showcase will be held on Tuesday September 24 at The Royal Strathclyde Blindcraft Industries (RSBi) in Glasgow’s Edgefauld Avenue.

From its roots as a supported factory for the visually impaired, the RSBi has grown into one of the country’s leading examples of social enterprise, combining commercial success with socially responsible practices. It is committed to providing opportunities to people with disabilities, as well as helping towards the economic regeneration of the local community and beyond.

Wholly owned by Glasgow City Council as part of its City Building limited liability partnership, RSBi is credited as the largest supported business in Europe. It manufactures a wide range of products including kitchens, office and educational furniture, beds and soft furnishings, timber building kits, metal products and storage solutions.

“The RSBi is a fantastic example of a business from which the whole of society profits, and is therefore the perfect location for this year’s Hidden Gems event,” hub South West chief executive Michael McBrearty said.

“There are many such organisations throughout Scotland providing much-needed employment and support for local people, and we want to showcase how they can benefit from contributing to the construction industry in general, and in particular to Scotland’s hub programme.”

Hidden Gems forms part of the regular series of workshops organised by hub Club, the networking initiative of hub South West aimed at engaging local businesses and encouraging them to share their experiences. Events from hub Club are open to all members and aspiring members of hub South West’s Territory Supplier Network.

Tier 1 contractors represented on the day at Hidden Gems will include Interserve, Kier, Morrisons, Graham, Morgan Sindall, BAM, CCG and Linear Design & Construct. Registration begins at 2pm and places can be booked in the events section of our site.